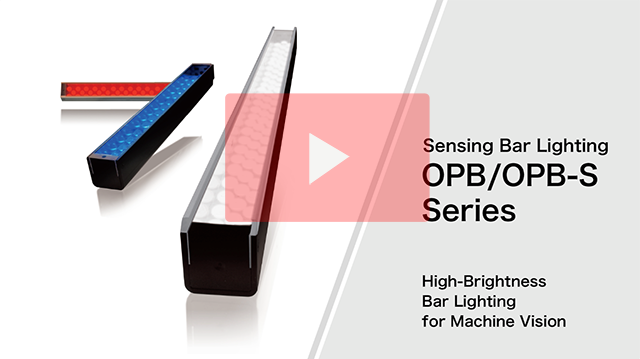 Twice the brightness of conventional products
Wider illumination area (Click "Data" button above for "Illumination According to Illumination Distance".)

This product is equipped with Optex FA’s proprietary “FALUX” brightness variation correction circuit. Using the constant current circuit dependent on the input voltage, variations in the forward current of individual LEDs are corrected. Meanwhile, the temperature compensation circuit compensates for fluctuations in brightness due to increases in temperature after lighting.

Structure of the OPB Series

In addition to diffusion plates, transparent covers, and polarizing plates, the lineup also includes brackets for convenient mounting. Lighting angles can also be adjusted between 0 and 90°.

Square brackets for mounting 1 to 4 devices are also available.

The lens features a new design based on technology accumulated from image processor and photoelectric sensor development.

In order to take advantage of the high-brightness LED characteristics, the light collection efficiency has been increased and the light distribution characteristics have been optimized for image processing.

These photos are for a 1.5 cm square LED.